What is Wilson Disease?

Wilson disease is a disorder that causes too much copper to collect in the liver, brain and other organs.

Copper is found in most foods. Small amounts of copper are needed for the body’s normal functions. Any extra copper is usually removed by the liver. But when a person has Wilson disease, the liver is not able to remove extra copper from the body. Having too much copper can hurt you.

If you have Wilson disease, you inherited one abnormal gene from your father and one from your mother. This gene controls a protein that moves copper around within the liver.

Wilson disease affects about one in 30,000 people worldwide. 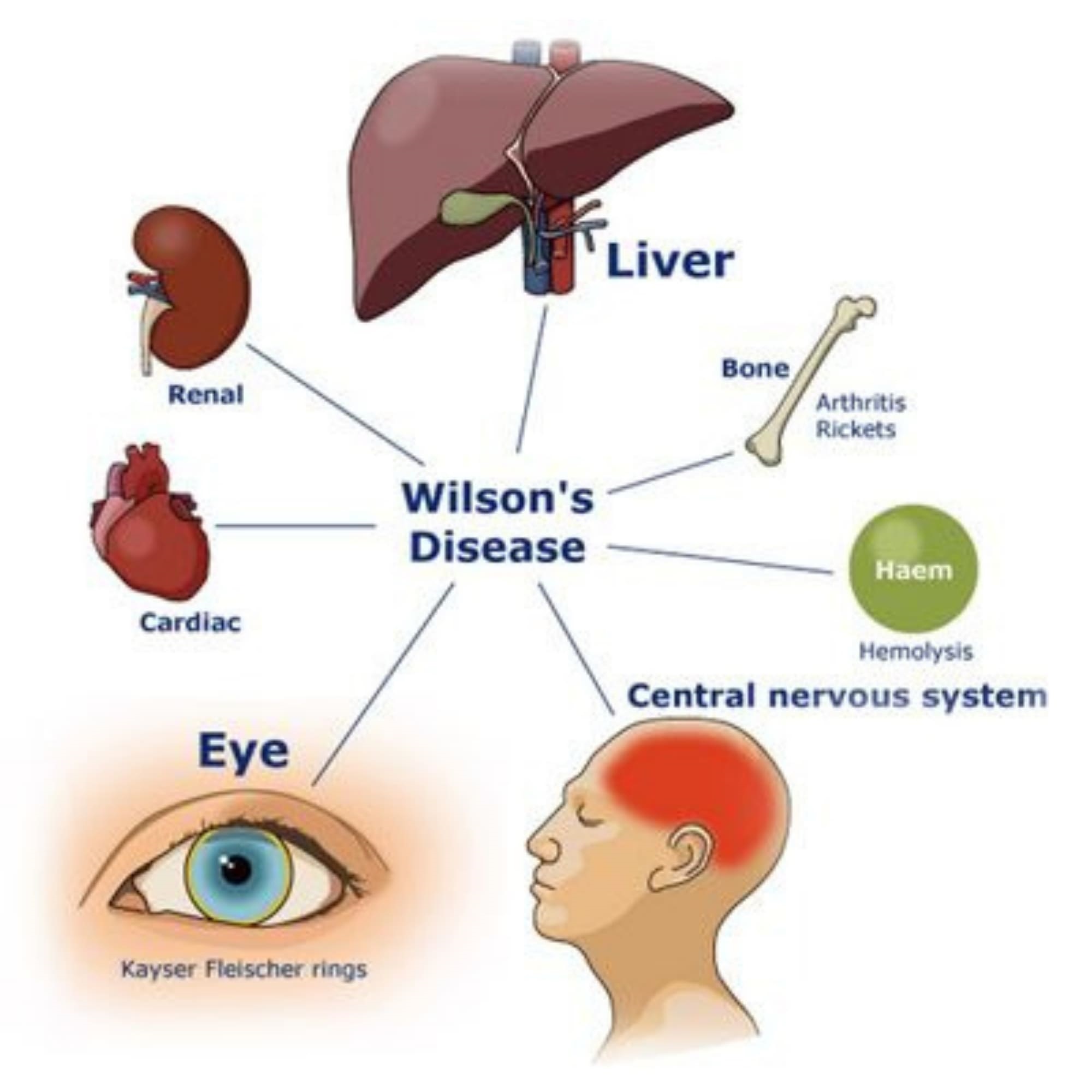 How the Liver Works ?

The liver performs hundreds of tasks every day to help keep you healthy. One of those tasks is to help you digest food. To do that, the liver produces bile, a brown liquid that mixes with the food.

What are the risks of not treating the disease?

When too much copper builds up in the liver, the liver is damaged. Eventually, some extra copper might travel into the body, where it could damage the brain, eyes, kidneys, and red blood cells. If this disorder is not treated, it could lead to sudden or long-term liver failure. Permanent brain damage is also possible. Wilson disease is always fatal if it is not treated.

What are the symptoms of Wilson Disease ?

The major symptoms of Wilson disease affect three parts of the body — liver, brain and nerves.

Wilson disease may look like other liver diseases. Possible symptoms include:

Sometimes, the liver damage gets worse without obvious symptoms. If a person isn’t aware of the condition and treatment isn’t started early enough, Wilson disease can cause problems in the liver, including acute hepatitis and cirrhosis. Other serious symptoms include vomiting blood or building up fluid in the abdomen or legs.

When too much copper builds up in the brain, the brain may be injured.

Symptoms related to this brain damage may include:

Personality and mood symptoms may range from mood changes to serious problems with thinking or behaviour. Symptoms may include:

When do symptoms of Wilson’s Disease usually appear?

Symptoms of Wilson disease usually appear between the ages of 6 and 20, after enough copper has built up in the body. However, some people have been diagnosed in their 50s and 60s.

How is Wilson’s disease diagnosed or Identified?

To identify this disease, health care providers look at your symptoms and the results of medical exams and tests. Some or all of the following tests and exams may be used:

How is Wilson’s disease treated?

Treatment for Wilson disease is most helpful if it is started before life-threatening symptoms begin. With diet changes and medicine, the disease’s progress may be stopped, and many symptoms may be improved. However, it may not be possible to reverse some damage done to the body.

Individuals diagnosed with Wilson disease must take medicine to block the damage that extra copper does to the body. A zinc pill taken by mouth is also effective to prevent copper absorption from food.

If you are told you have Wilson disease, avoid high-copper foods such as liver, shellfish and certain nuts. Ask your health care provider for a list of these foods.

With early diagnosis and proper care, the long-term outlook and life expectancy are usually good. Lifelong treatment is needed, even if you have no symptoms of disease.